Fresh From Birth had been to Prelude Carolinas before, but a lot of people were telling us that we should go check outPrelude DMV. It’s a bit of a hike for us, but we just had to do it! So we drove from Charlotte, NC up to the DMV area; staying in Springfield, not to far from the competition venue. Besides making it up to Prelude DMV for the competition, we also wanted to see our good friends Chris Munar and Kristin Santiago. They are both amazing dancers that we sponsor, were showcasing at Prelude DMV. All that said, it only made sense for us to pack our things and bring some Fresh From Birth to the Washington DC, Maryland, and Virginia areas. 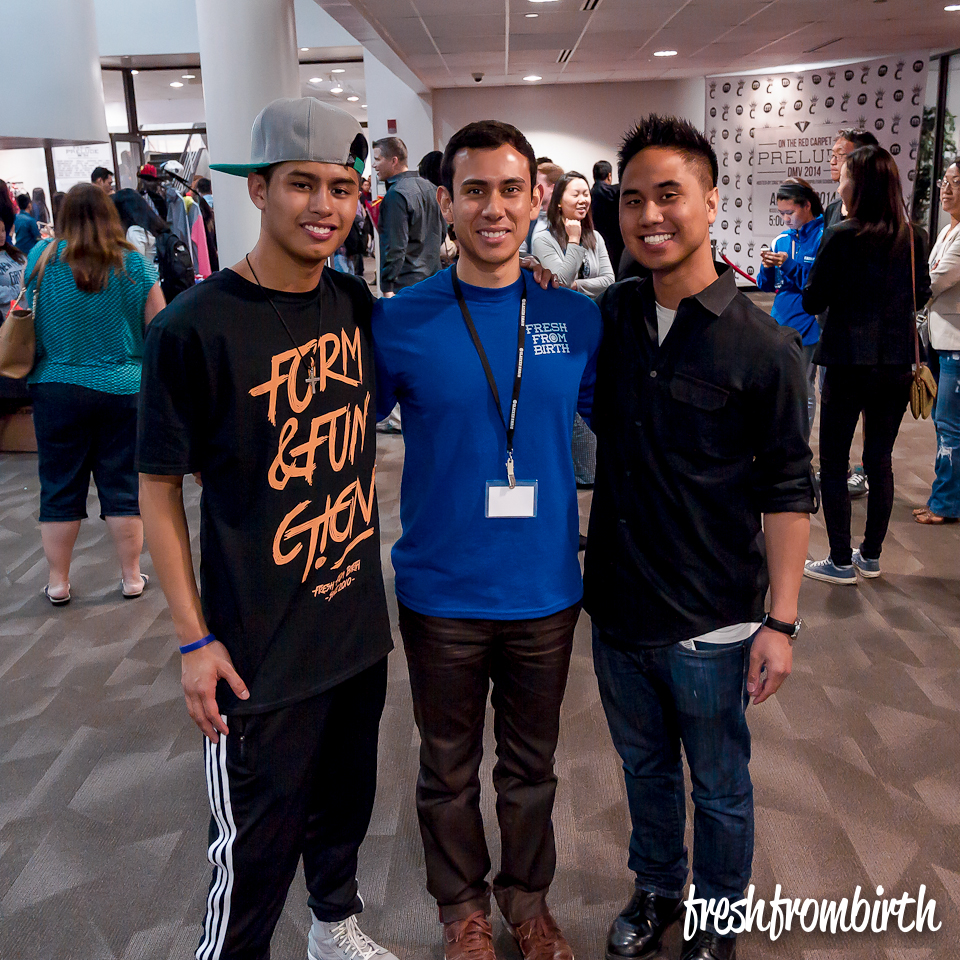 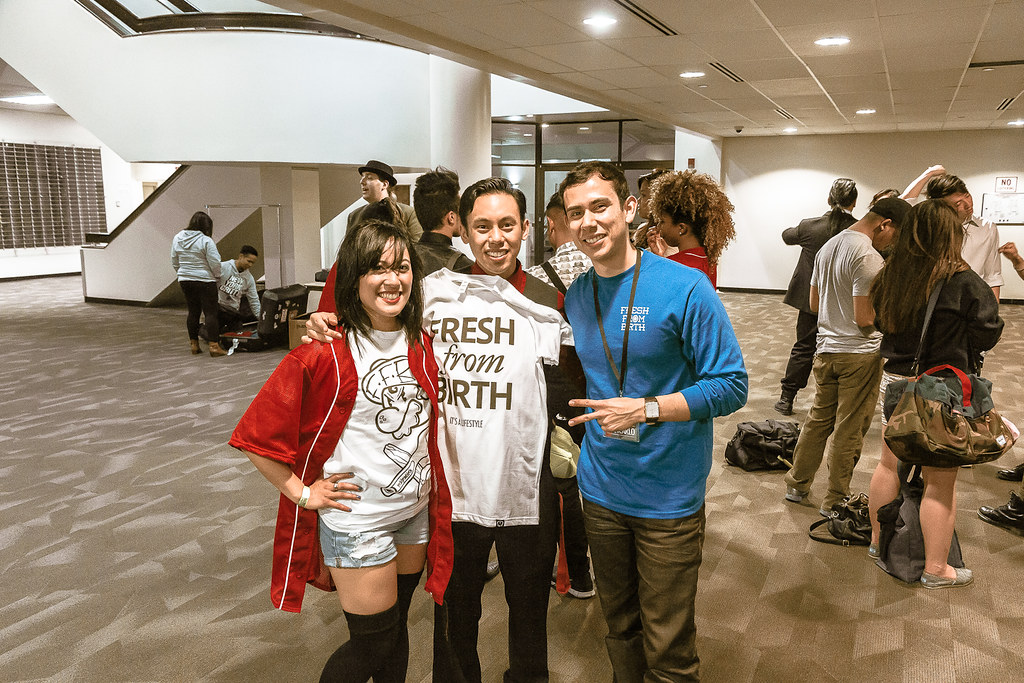 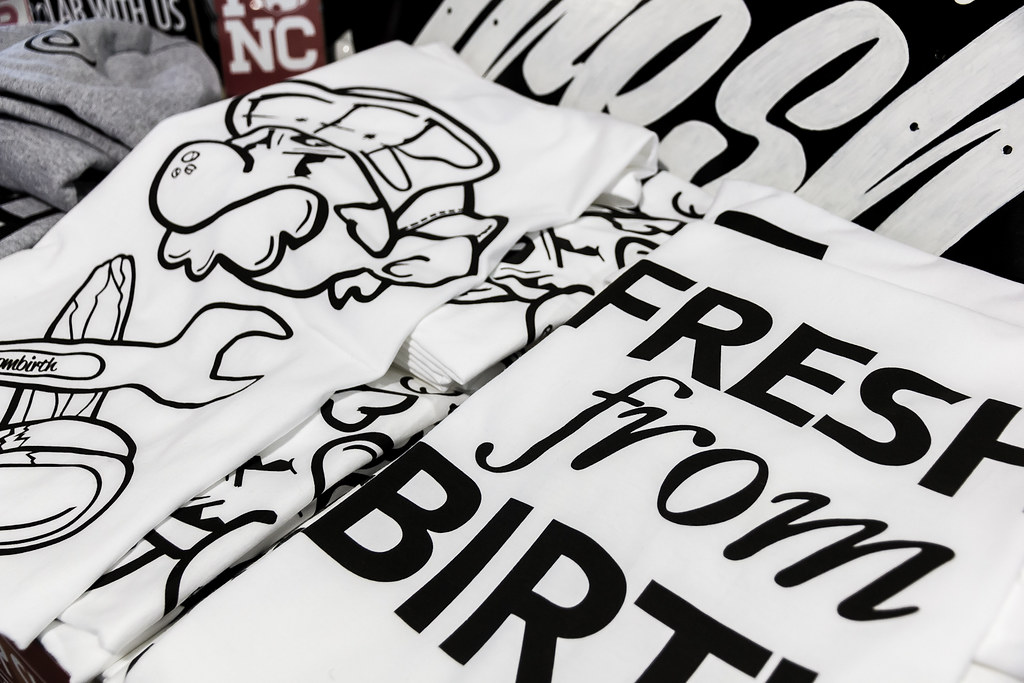 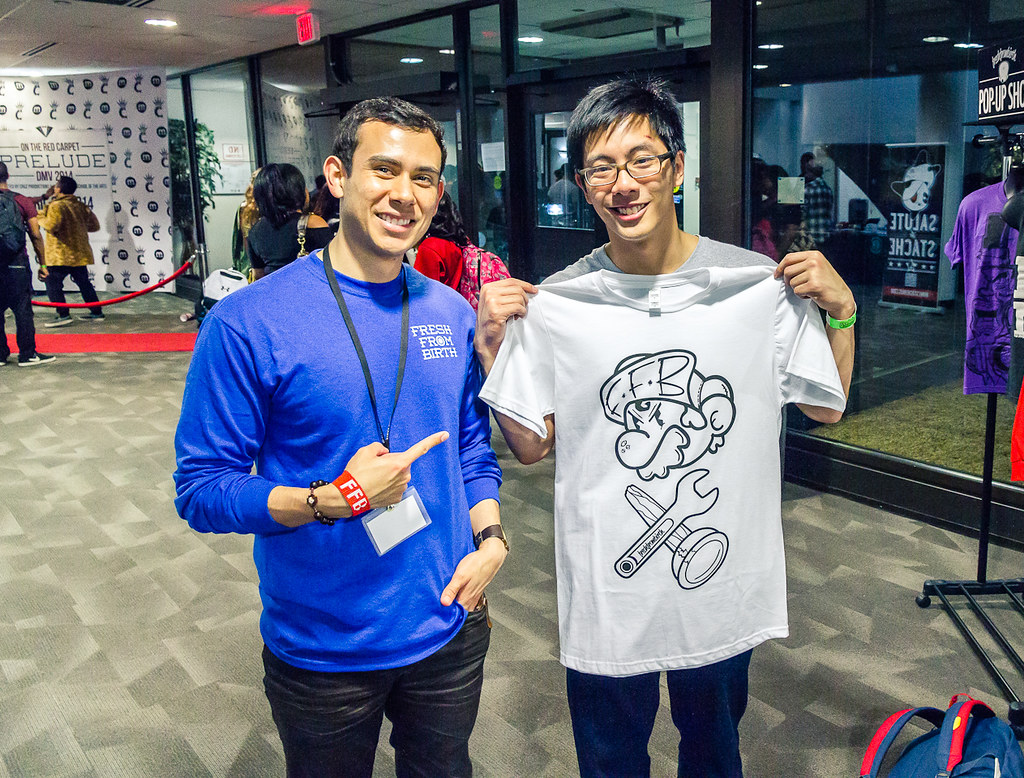 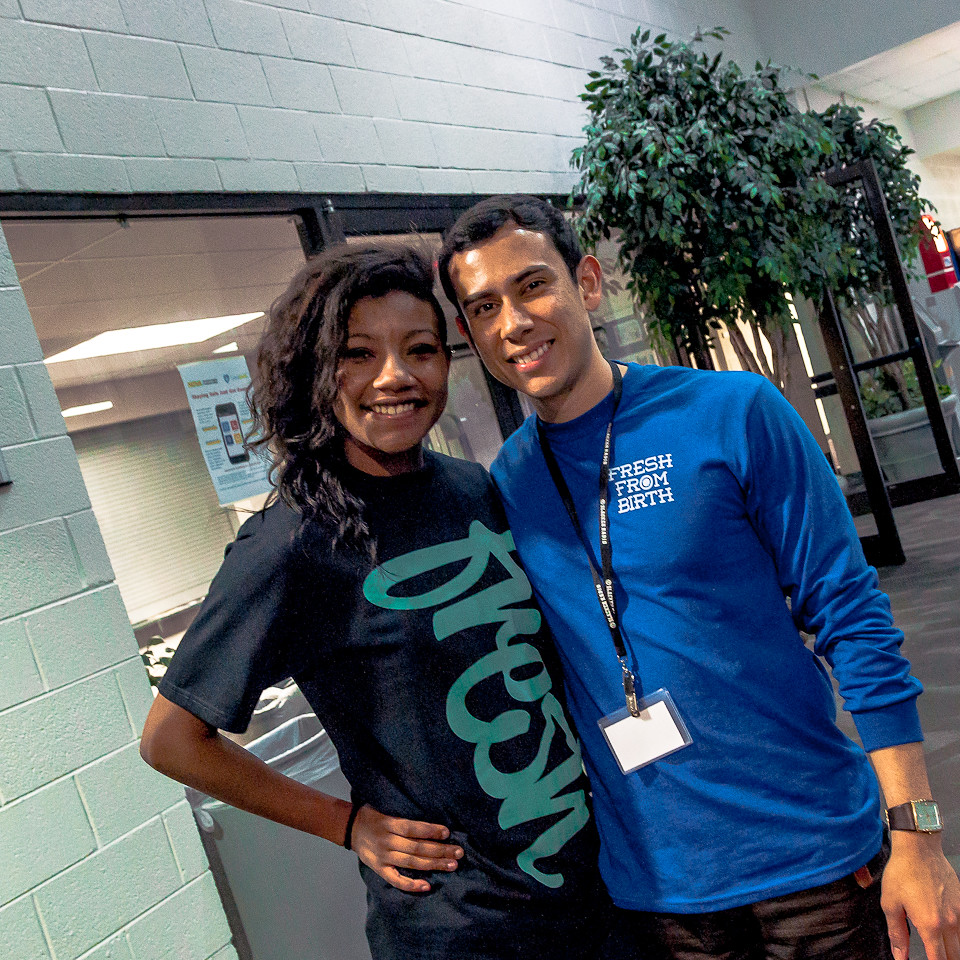 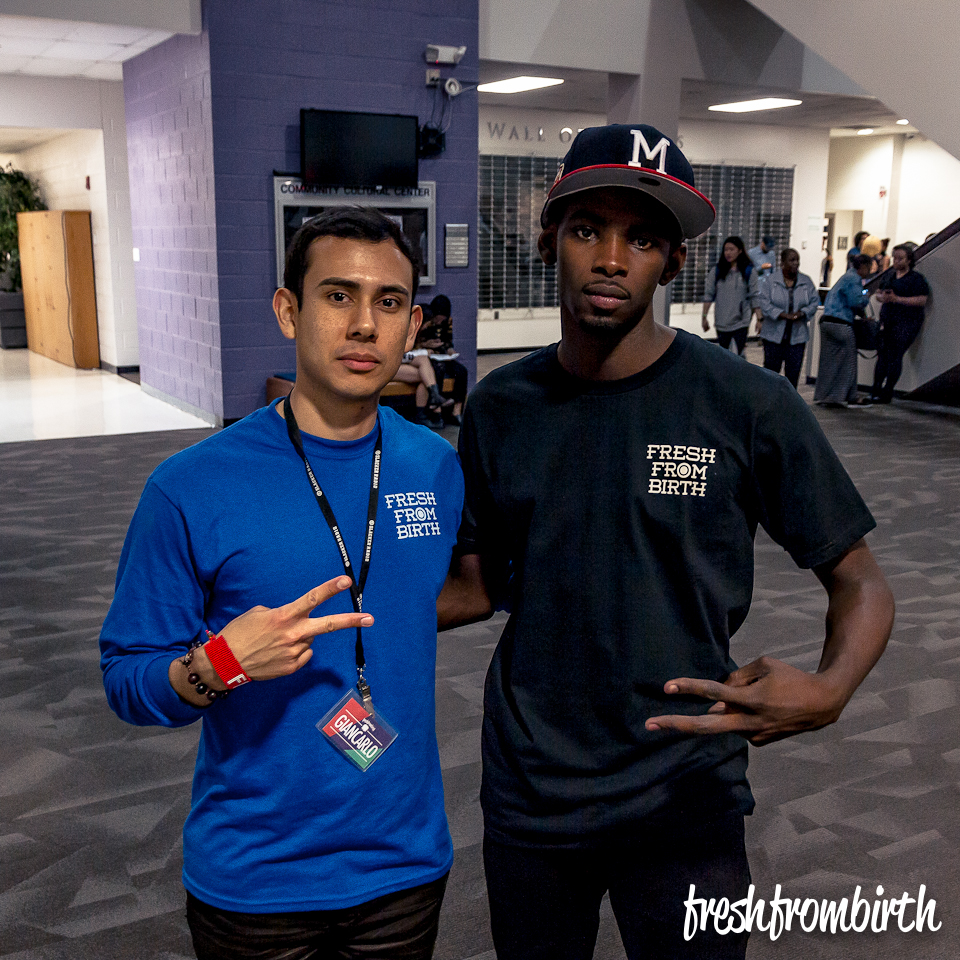 END_OF_DOCUMENT_TOKEN_TO_BE_REPLACED

Back on August 31st of 2013, Fresh From Birth setup a tent at the Elizabeth Avenue Block Party near the central campus of CPCC in Charlotte, North Carolina. It was a great event setup by the folks over at AKA Creative. The block party started at 5pm, and went on into the night, ending around 11pm. We got there early to setup and stayed till the end. We had a lot of fun chatting with friends, meeting new people as they came into our tent, and watching the performances on stage. 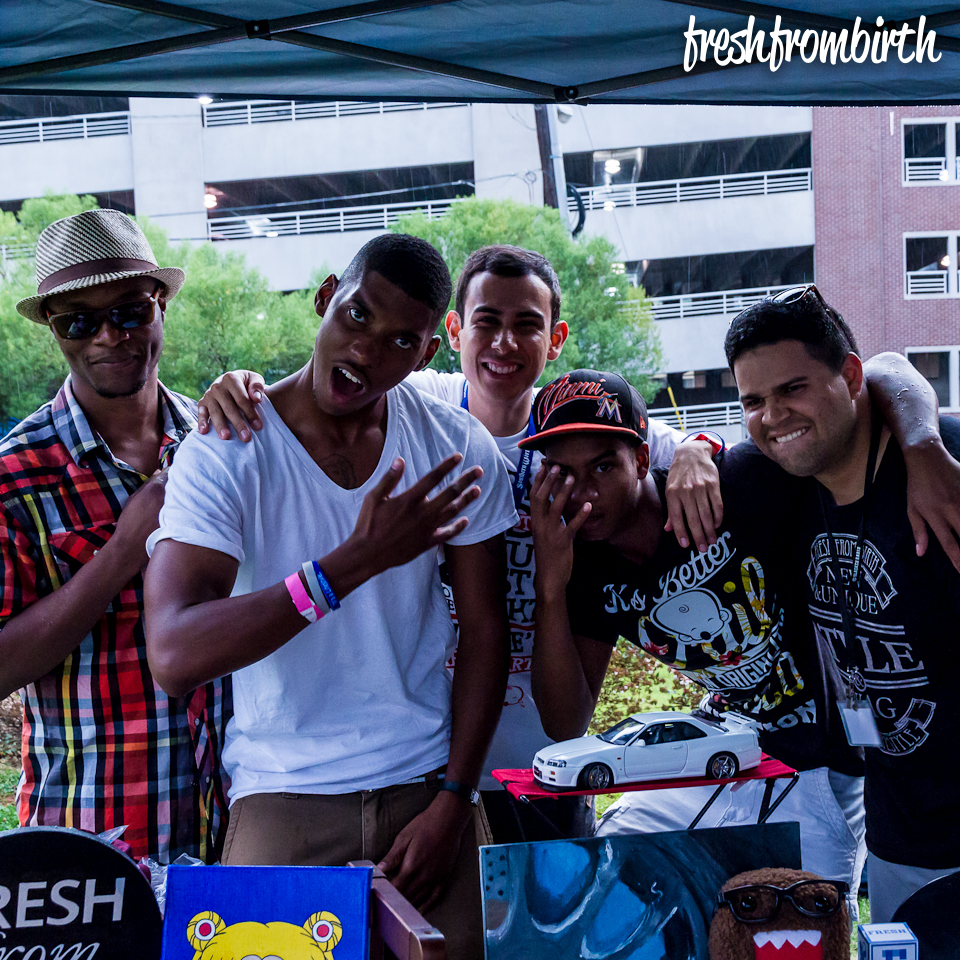 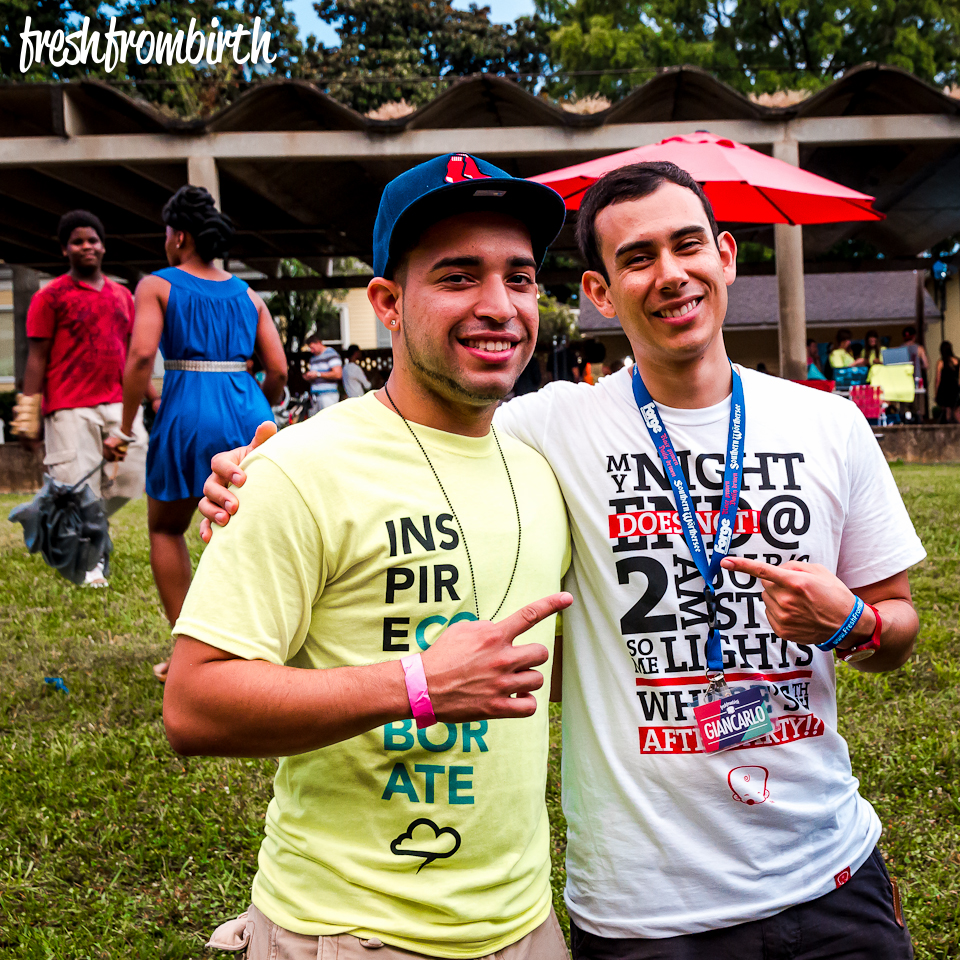 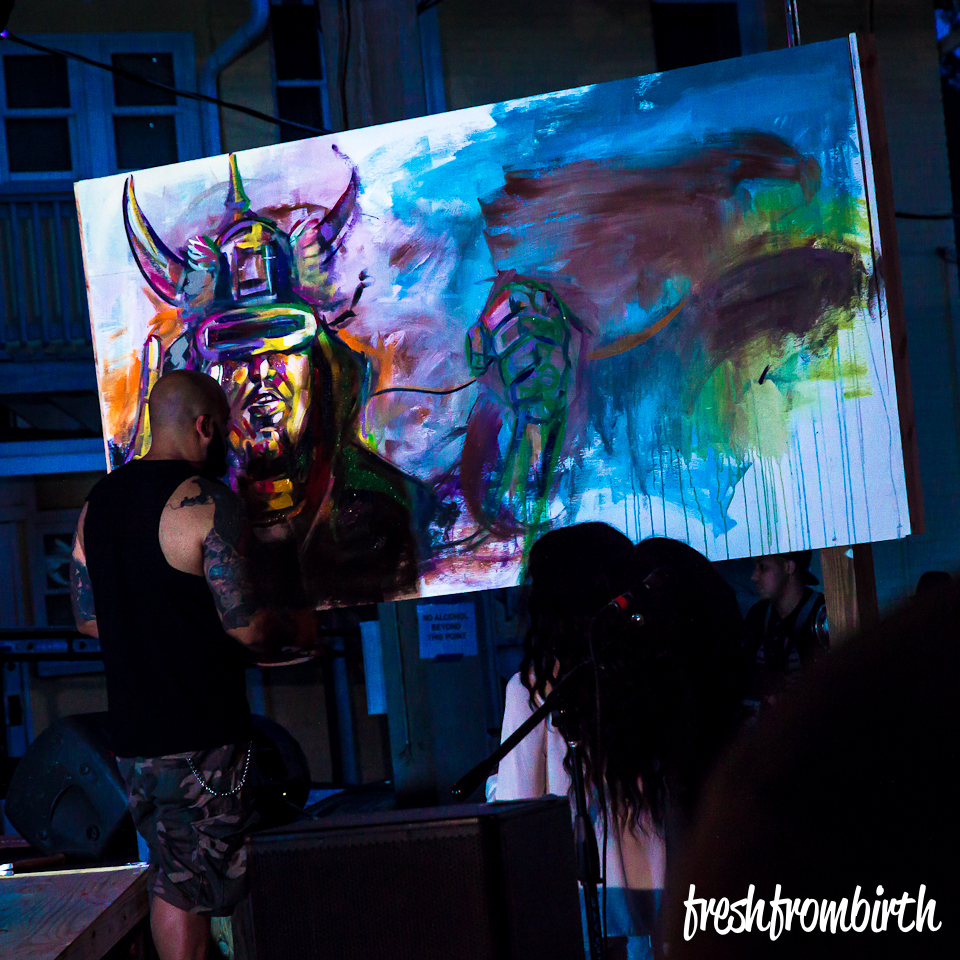 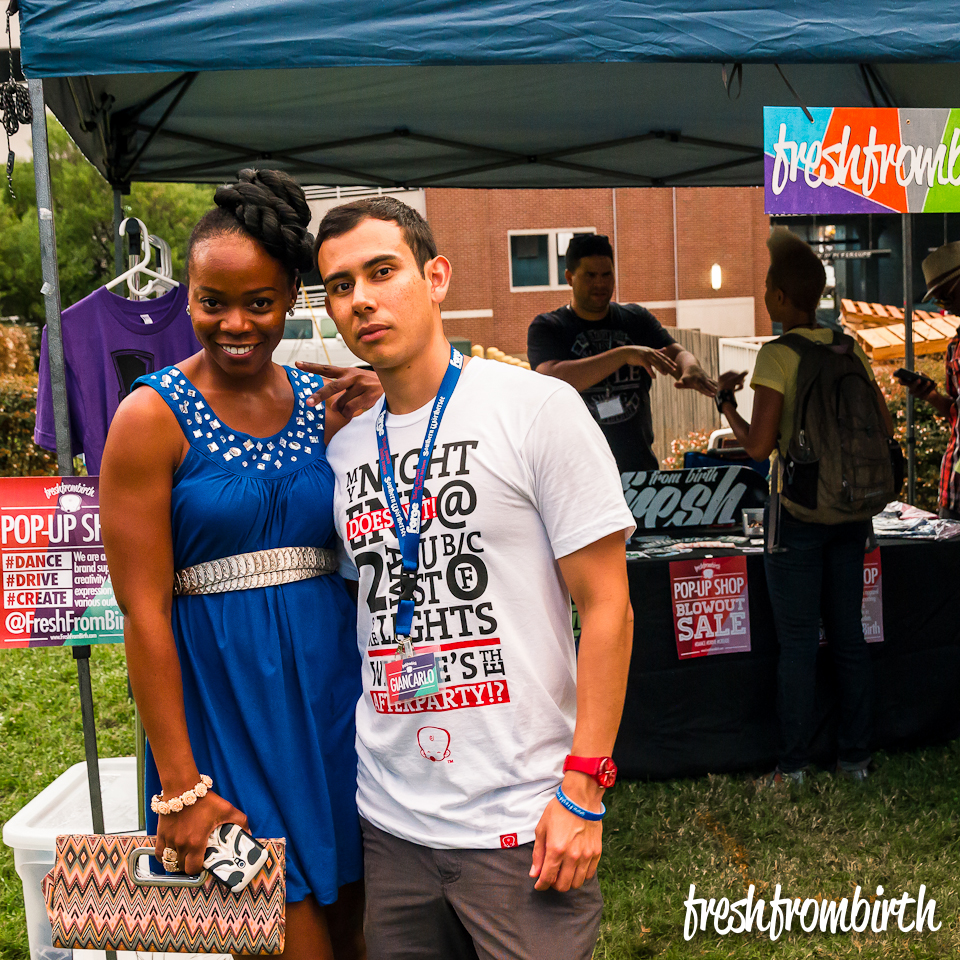 END_OF_DOCUMENT_TOKEN_TO_BE_REPLACED

Fresh From Birth makes apparel. Momentum Crew choreographs & dances hip hop. Put them together and you get a custom longboard? F*** YA! We sure do love us some side projects!! 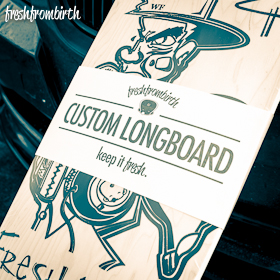 It feels like forever ago now, but during Prelude Carolinas, Jim & Leegan, friends from Momentum Crew came to me with the concept to do a custom longboard. They’d seen the work I’d done on the Fresh From Birth skateboard, and wanted something cool to ride in-and-around campus.

We caught up over email a few weeks later and started talking about what the board would look like. Both Jim and Leegan wanted something classy, simple, & clean. We all agreed that the design would feature the classic Demon Deacon design we’d created for Momentum Crew.

I guess some members heard about it, and were excited to see the final product. Brian, a friend we’ve known for a while decided to hop on-board and get a board too. So in the end, Fresh From Birth made three custom longboards for Jim, Leegan, and Brian. During finals week, we decided to get together to hand-off the boards and catch-up. Jim and Brian drove out to meet me half-way between Charlotte & Winston-Salem, NC. We got up at a Subway in Statesville. I couldn’t just hand-over the boards. I wanted to hang-out…oh, and do a small shoot haha. 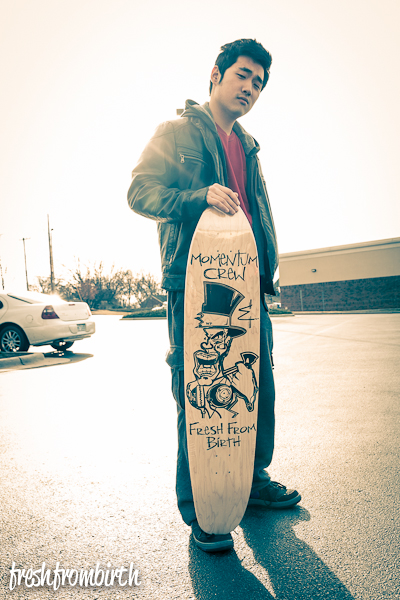 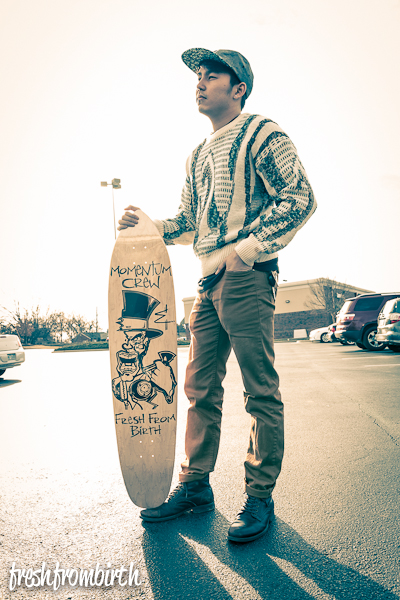 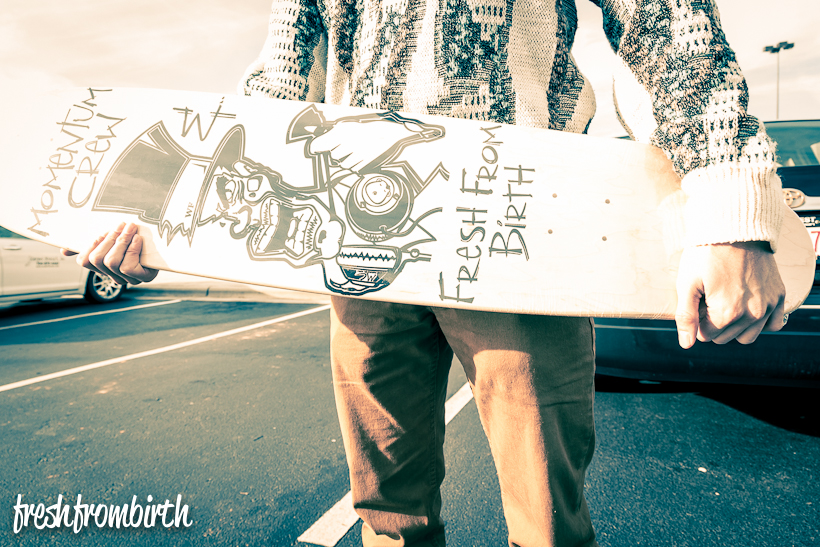 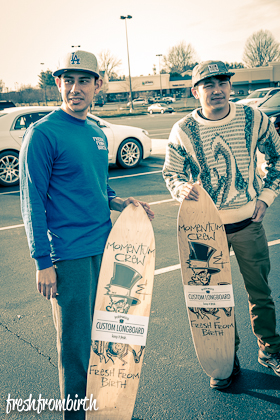 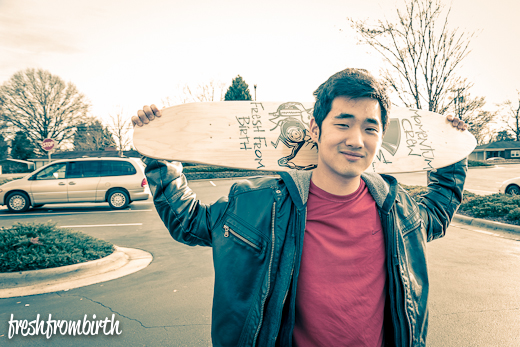 [blockquote]
“Yo, these boards look so legit!!” – Brian Kim
[/blockquote]

Fresh From Birth has a strong relationship with the members of Momentum Crew and love working with them. With all the ideas we’ve come up with recently, I can certainly see us doing some big things in the near future. Cheers to the new year!!

Did you grow up playing Street Fighter when you were a kid? I KNOW I DID! I was a huge fan, and loved hitting up the arcades at the mall to both watch and play. Not only was it a hit at arcades, but even local video game retailers were throwing a couple open tournaments for people to enter their store and battle one another on-screen…and I’m sure the extra business was a nice plus.

Street Fighter is but a game to some, but a life and it’s own sub-culture for others. Capcom delves deep into the cultural phenomenon to expose both the intricacies of the game dynamics, interviews with game developers, and first-account stories and memories of fans and even top ranked world players. Have you heard of the Evo Championship Series? Seriously, the tourney is gigantic, beyond any other tournament, and brings back the drive, lust, and power of the game to fans and spectators as they both cheer and jeer the best players in the world.

I’ll admit, each recollection of player’s memories made me remember my own experiences with the game. Evolving from button mashing to mastering a couple exclusive combos and specials. It really is a journey. Only the best make it to the top – and no joke, their understanding of the game is beyond most of us. Frame counting just makes it silly; understanding how long a move takes in order to avoid, block, or counter. I can’t imagine the training that they do, nor can I imagine the feeling of being on stage to compete, but this video does help to suggest a palpable, maybe distant understanding of what it would be like.

Until you watch this, you really don’t understand how much of an impact Street Fighter actually had and continues to have in both video game, and the overall culture of our generation. Check it out already!! 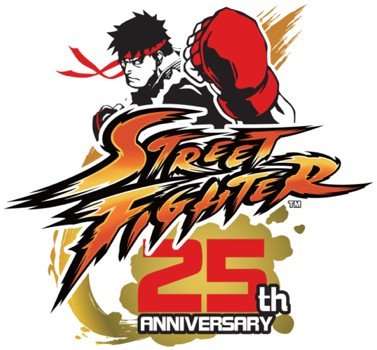 We’re doing a complete #ThanksgivingDayThrowback on this one. The Fresh From Birth family wants to wish you and your family a Happy Thanksgiving! We had Junior dressed up for Thanksgiving back in 2010, and just had to re-feature him in his Turkey Day getup. 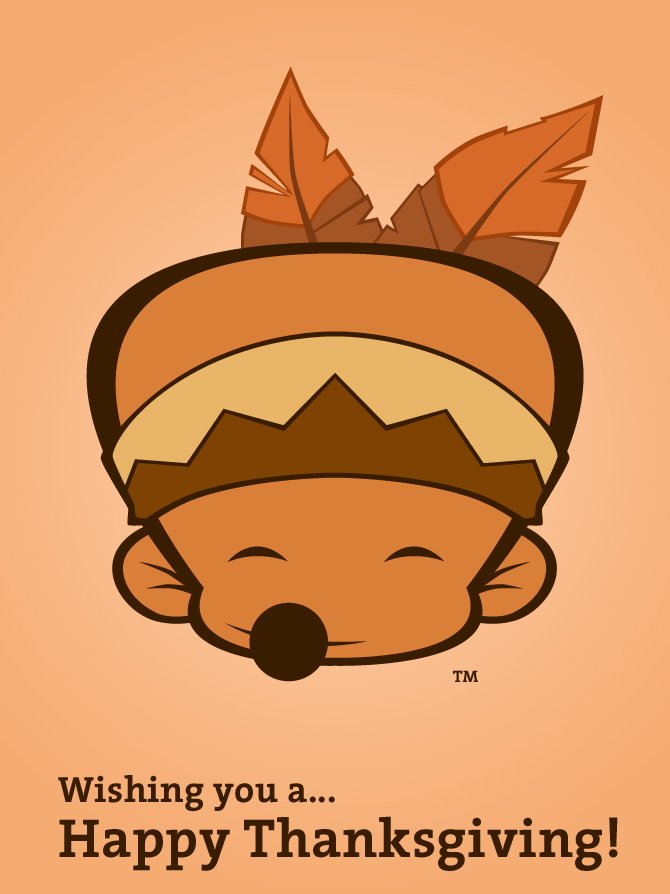 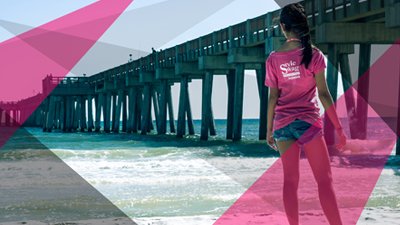 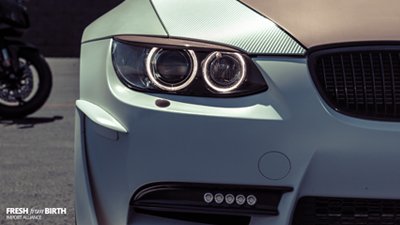 We traveled to the Import Alliance show and just took in the experience.

Fresh From Birth is looking for feedback from you. What dancers do you want to see visit North Carolina? Where would be a great place to hold the next car meet-up or show? Do you want to collaborate on an event, apparel, video, or anything else? We are completely open to starting a conversation about it! Just hit us up on Facebook, Instagram, Twitter. Be sure to mention @freshfrombirth and hashtag #freshfrombirth where possible.

WE WHAT WE DO

Whether in the studio counting, "five...six...seven...eight", at an auto event hanging with old friends talking shop, or in the lab Dr. Frankensteining it...we just love what we do!